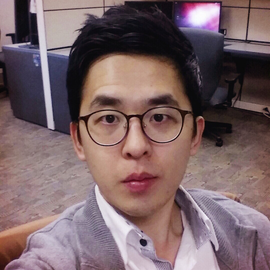 Seonmyeong Bak is a system software/performance engineer at NVIDIA Corporation. He earned his Ph.D. on December 2020 at Georgia Institute of Technology. His Ph.D. research is mainly about high performance computing, programming models and runtime systems. Specifically, he has worked on scheduling issues on task-level parallel programming models with Prof. Vivek Sarkar. Since he joined NVIDIA, he has been working on the performance analysis and optimization of large-scale machine learning applications such as MLPerf benchmark suite and Megatron-LM on supercomputers.

Design and Implementation of User Defined Scheduling API for OpenMP

Task graphs have been studied for decades as a foundation for scheduling irregular parallel applications and incorporated in programming models such as OpenMP. While many high-performance parallel libraries are based on task graphs, they also have additional scheduling requirements, such as synchronization from inner levels of data parallelism and internal blocking communications. In this paper, we extend task-graph scheduling to support efficient synchronization and communication within tasks. Our scheduler avoids deadlock and oversubscription of worker threads, and refines victim selection to increase the overlap of sibling tasks. Our approach is the first to combine gang-scheduling and work-stealing in a single runtime. Our approach has been evaluated on the SLATE high-performance linear algebra library. Relative to the LLVM OMP runtime, our runtime demonstrates performance improvements of up to 13.82%, 15.2%, and 36.94% for LU, QR, and Cholesky, respectively, evaluated across different configurations.

On-node parallelism continues to increase in importance for high-performance computing and most newly deployed supercomputers have tens of processor cores per node. These higher levels of on-node parallelism exacerbate the impact of load imbalance and locality in parallel computations, and current programming systems notably lack features to enable efficient use of these large numbers of cores or require users to modify codes significantly. Our work is motivated by the need to address application-specific load balance and locality requirements with minimal changes to application codes. In this paper, we propose a new approach extending the specification of parallel loops with inspection via user functions that specify iteration chunks. We also extend the runtime system to invoke these user functions while dividing up the iteration spaces in the target loop. Our runtime system starts with subspaces specified in the user functions, performs load balancing of chunks concurrently, and stores the balanced groups of chunks to reduce load imbalance in future invocations. Our approach can be used to improve load balance and locality in many dynamic iterative applications, including graph and sparse matrix applications. We showcase the benefits of this work using MiniMD, a mini-app derived from LAMMPS, and three kernels from the GAP benchmark suite: Breadth First Search, Connected Components, and PageRank, each evaluated with six different graph data sets. Our approach achieves geometric mean speedups of 1.16× to 1.54× over four standard OpenMP schedules, and 1.07× over the static_steal schedule from recent research

The recent trend of increasing numbers of cores per chip has resulted in vast amounts of on-node parallelism. These high core counts result in hardware variability that introduces imbalance. Applications are also becoming more complex, resulting in dynamic load imbalance. Load imbalance of any kind can result in loss of performance and system utilization. We address the challenge of handling both transient and persistent load imbalances while maintaining locality with low overhead. In this paper, we propose an integrated runtime system that combines the Charm++ distributed programming model with concurrent tasks to mitigate load imbalances within and across shared memory address spaces. It utilizes a periodic assignment of work to cores based on load measurement, in combination with user created tasks to handle load imbalance. We integrate OpenMP with Charm++ to enable creation of potential tasks via OpenMP’s parallel loop construct. This is also available to MPI applications through the Adaptive MPI implementation. We demonstrate the benefits of our work on three applications. We show improvements of Lassen by 29.6% on Cori and 46.5% on Theta. We also demonstrate the benefits on a Charm++ application, ChaNGa by 25.7% on Theta, as well as an MPI proxy application, Kripke, using Adaptive MPI.